Apple’s next iPhone event will be on September 12th

Apple sent invites today for its annual fall iPhone event where it’s expected to announce multiple new iPhones and possibly a new Apple Watch and an updated iPad Pro. It’ll take place on September 12th in Cupertino, California. The invite features a bronze circle, not unlike the new Apple Park campus that opened last year, without providing much in the way of further hints.

So far, we’ve heard there might be three new iPhones, including an upgraded iPhone X with a 5.8-inch OLED screen. There could also be a cheaper version of the iPhone X with a 6.1-inch LCD screen and another high-end device with a 6.5-inch OLED. 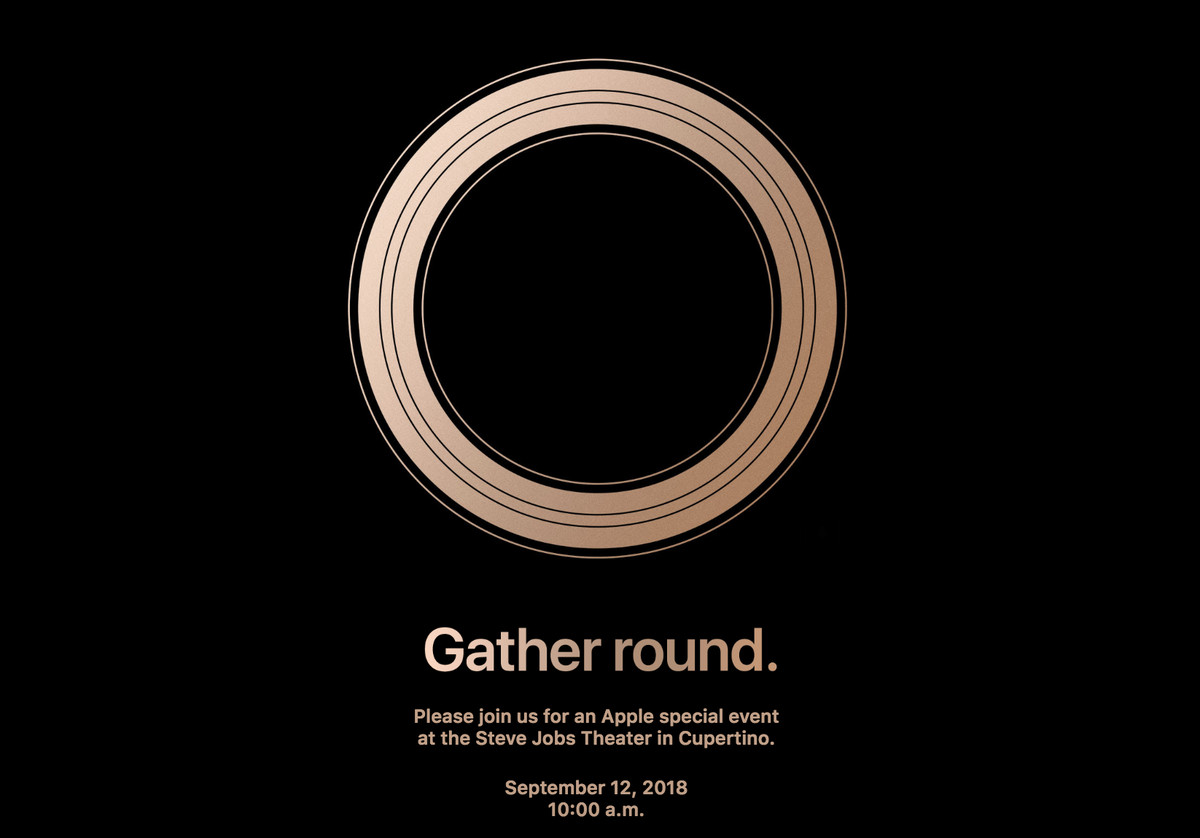 Other rumors indicate that the cheapest new iPhone might come in a variety of unconventional colors that’ll pop. (I hope that’s true!) All the phones could also include gesture controls and Apple’s Face ID unlocking system. Meanwhile, 3D Touch might be removed from at least one of the devices, which would represent an incredible about-face after the company made a huge deal about the feature during its debut in 2015.

Apple is also reportedly planning major redesigns for the MacBook Air and Mac mini this fall, but it’s unclear whether those will debut at the iPhone event. The new MacBook Air would be cheaper and feature slimmer bezels and a Retina display. The Mac mini could include a much-needed spec boost. We could also see a new iPad Pro with Face ID and an Apple Watch with a bigger display. If all these hardware rumors come to fruition, this would be one of Apple’s biggest events in a while, though the company tends to save Mac announcements for later in the fall.

Of course, The Verge will be live blogging and covering the event, so be sure to come back here on September 12th for news and analysis. The event will start at 10AM local time.