Facebook disclosed a bug this morning that affected about 800,000 users by unblocking at least one person on that user’s block list for around one week. Writing in a blog post, Erin Egan, the company’s chief privacy officer, said the bug was active between May 29th and June 5th. It did not re-establish friend connections between any of the affected users and the blocked individuals, Egan says, but it did allow those previously blocked users to see posts shared to a wider audience, like photos shared with friends of friends. Content shared with the friends-only preference would not have been accessible to the unblocked person.

Still, blocked users may have been able to re-send friend requests if they happened to notice they were suddenly unblocked. Egan also confirmed that unblocked users were potentially able to send messages via Messenger to people who presumably did not want to interact with them at all. According to Facebook’s data, 85 percent of people had only one person on their block list unblocked due to the bug. “This issue has now been fixed and everyone has been blocked again. People who were affected will get a notification on Facebook encouraging them to check their blocked list,” Egan writes. 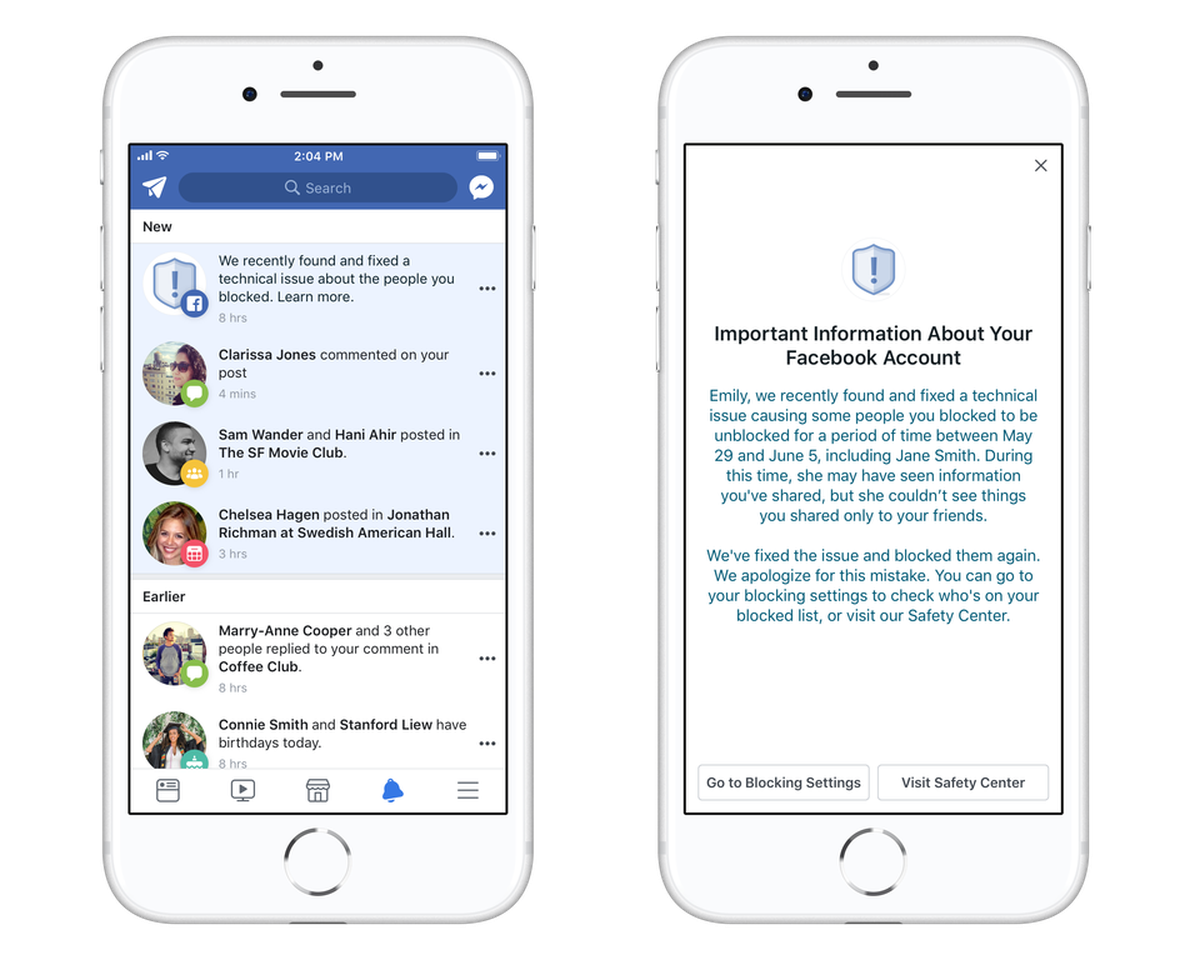 While 800,000 people is just a tiny fraction of the 2.2 billion Facebook user base, that is still a sizable number of affected users who may have been subject to concerning episodes, ranging from misunderstandings and awkward exchanges to feelings of anxiety and panic. Egan is careful to point out that blocking isn’t just for exes or people whose posts are “annoying,” as she writes, but to prevent harassment, bullying, and other more insidious forms of online interaction.

Facebook did initially give a concrete explanation for how the bug occurred and why it existed only for roughly one week. Later in the day, the company’s official Twitter account responded to journalist Josh Constine with a more detailed explanation for how so-called associations between who can see what posts and the actions those users can take on those posts were accidentally deleted.

How to check, download PF details via UMANG mobile app

PlayStation 5 Pre-Orders, Price And Everything in India