Initial Coin Offerings (ICOs) – What Are They & Should You Participate?

A friend of mine, a big fan of the Harry Potter series, recently planned to launch an initial coin offering (ICO) to fund a new Quidditch sports league. His new “Quidcoins,” valued at 0.009 bitcoins (BTC), would be exchangeable for discounted admission and food at select National Quidditch games around the country. He hoped to raise a maximum of 2,000 BTC ($11,000,000) over a 28-day offering period.

Unfortunately, before my friend could organize his company and raise money, he discovered that a group in Britain was in the midst of offering their own QuidCoins, named after the slang word for the British pound. While my friend was disappointed to find the name taken, perhaps it was for the best; despite sponsors’ hopes, QuidCoins traded for less than three months in 2014, according to CoinMarketCap.

ICOs promise big profits to investors, but with a failure like QuidCoin’s possible at any time, are they worth the risk? If you’ve been considering participating in an ICO, here’s what you need to know.

What Is an ICO Financing?

Entrepreneurs have historically financed their ideas by offering equity interests — or investment securities — in their ventures to external investors. Due to the abuses and corruption of financiers in the 1920s, Congress passed the Securities Act of 1933 and created the Securities Exchange Commission (SEC) the following year to enforce the Act.

In the decades since, the process of raising money from the public through an initial public offering, or IPO, has become well-established. Regulations dictate how the offering process must proceed, who is eligible to participate, when an offeror must provide information to potential investors, and what information they must provide. Failure to follow regulations can result in severe financial liability for the sponsors of an offering, including civil and criminal penalties.

An ICO is a similar fundraising tool in which an offeror sells futures in a cryptocurrency that does not yet exist. ICOs are designed to avoid the regulations that protect investors when buying or selling traditional investment securities. While an IPO must include an extensive prospectus, there are no regulations outlining what information must be provided to prospective investors in an ICO. Each offeror determines what, if any, details will be delivered and when.

Most ICOs have a website or white paper justifying the benefits of the investment, but they do not have an existing product. Offerors are startup operations, and the funds raised through the ICO will finance the development of the product — in this case, the cryptocurrency.

Before ICOs, entrepreneurs sought out venture capital from friends, family, and sophisticated venture capitalists capable of evaluating the business prospects of the product or service to be produced. An ICO lets an entrepreneur bypass traditional financing sources and get funding from members of the less-knowledgeable, less-discriminating general public seeking a piece of the next Facebook or Google.

To avoid regulatory scrutiny, some ICO sponsors elect to use an “accredited ICO” to take advantage of exemptions to the SEC registration requirements. For example, under Regulation D, a company can raise an unlimited amount of money if it meets the following standards:

Only a small minority of current ICOs are accredited, largely due to the expense, preparation time, and information requirements. As a consequence, each investor in an ICO should be capable of judging whether the financed project makes sense as a business, whether the experience and expertise of the principals warrant confidence, and if the project’s completion is likely to become a viable, growing business — before investing their hard-earned dollars.

In other words, will the coins or tokens reasonably deliver something that is missing or desired in the marketplace for which the public, or a significant portion of the public, is willing to pay? Would you be willing to use the coins as a currency or to get a unique benefit that’s not otherwise available? Are you considering investment in the hope that someone later will buy your investment for more than its cost, even if you don’t know how it works or why someone would use it? If so, it is a speculation, not an investment.

Risks of an ICO Investment 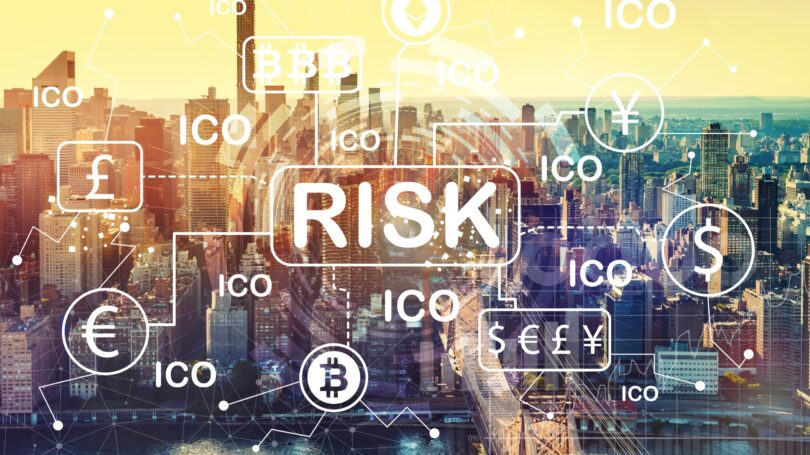 Proponents of ICOs claim that technology is changing the way startups raise funding. An ICO costs less money, is often quicker than relying on venture capitalists or banks, and keeps decision-making and equity ownership in the hands of the founders. Supporters claim that ICOs are “a democratizing financial force that provides capital to projects unlikely to get it from established sources such as banks or venture capitalists,” as WIRED magazine puts it.

Critics are more focused on the potential downsides. CNBC reports that stock analyst and Elliott Wave theorist Elliott Prechter wrote in a July 13, 2017 newsletter that “[t]he price activity and manic sentiment that led to present [bitcoin] prices have dwarfed even the Tulip mania of nearly 400 years ago. The success of [b]itcoin has spawned 800-plus clones (alt-coins) and counting, most of which are high-tech, pump-and-dump schemes.”

If you’re considering participating in an ICO, you should be aware of the following risks.

The lack of understanding and skepticism around digital coins, combined with an inability to accurately assess the probability of long-term success, results in a high failure rate for new coin offerings. Fortune magazine reports a 59% failure rate for 2017 offerings in the first half of 2018, with losses totaling $233 million.

Cryptocurrencies are incredibly volatile and have limited liquidity, or the degree to which an asset can be bought and sold quickly without affecting its price. Cryptocurrencies like bitcoin are designed to be illiquid, focusing instead on value.

On May 22, 2010, Laszio Hanyecz completed the first bitcoin transaction by purchasing two pizzas from Jeremy Sturdivant for 10,000 BTC. At the time, this equaled $100. Today, the same coins would be worth about $60 million, leaving one to ask:

For an asset to have real value, someone must have a use for it. Because bitcoin is not widely used or accepted for payments, it has less value than other, more widely accepted currencies.

The lack of regulation or professional scrutiny of cryptocurrency opens the door for fraud. Steemit, a high-quality content site initially funded by an ICO, posted a tongue-in-cheek article titled “How to Create an ICO Scam in 5 Simple Steps” that is both humorous and disturbingly accurate.

As the Harvard Business Review puts it, the ICO market has experienced “its fair share of outright scams, pumps and dumps, and blatant Ponzi schemes.” The SEC filed fraud charges in September 2017 against two ICOs, REcoin and DRC, operated by California businessman Maksim Zaslavskiy. Zaslavskiy feloniously claimed the operations to be fully operational companies with staff, lawyers, and retailer relationships. According to the SEC, the promotional literature for REcoin and DRC claimed the coins were backed by real estate and diamonds respectively purchased with $2 to $4 million of insider investments, although only $300,000 had been raised and no real estate or diamonds existed. While the criminal charges are yet to be settled, the presiding judge characterized Zaslavskiy’s conduct as a “grand misrepresentation.”

Even when fraud isn’t involved, investors must be wary of:

A lack of oversight also makes possible goofy, impractical ideas. Dogecoin (DOGE) has a market capitalization of almost $119 million, yet Dogecoin creators Jackson Palmer and Billy Markus admit that they created the cryptocurrency without much thought or effort, let alone a master plan. Users have no real means to exchange Dogecoin for goods and services except to “tip” other Dogecoin enthusiasts when they do something nice or funny, which brings us back to the issue of cryptocurrency’s debatable value.

Should You Participate in an ICO? 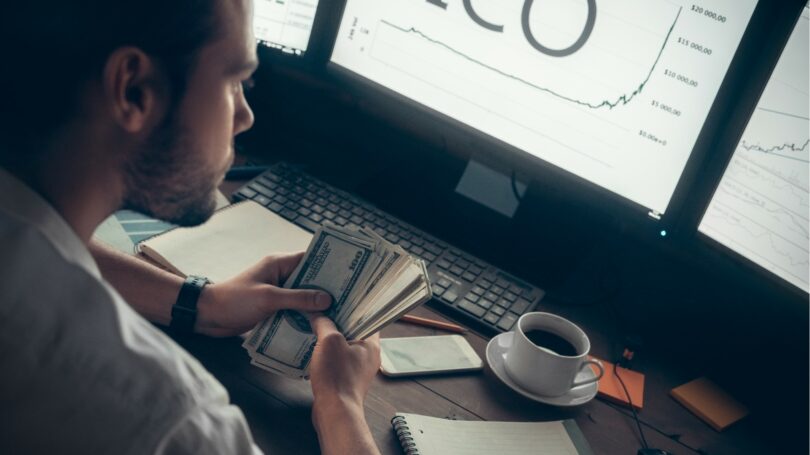 Investment professionals are moving into the ICO market to capture their share of the good times and easy money before they end. The website Autonomous found 251 existing hedge funds investing in ICOs in mid-2017, while Hedge Fund Alertcounted another 62 ICOs in the pipeline.

Should you invest in an ICO? It depends. Consider the following statistics compiled by Mangrove Capital Partners:

Reasons to Invest in an ICO

The potential gains from an ICO investment can be staggering. According to Quartz, the average price increase for the three best-performing cryptocurrencies (Ripple, NEM, and Ardor) in 2017 was 27,556%. A $100 investment in each of these at the beginning of 2017, or a $300 total investment, would now have a market value of more than $7.4 million.

Regulators around the world are exploring the best way to civilize cryptocurrency markets. Ten countries, including China, have banned ICOs and threatened stern penalties for those who continue to participate in the market. Other countries, recognizing the potential value of blockchain technology and the benefits of the new funding mechanism, are moving to regulate the technology rather than destroy it. Ridding the industry of fraudulent actors will increase the likelihood of ICOs becoming mainstream and having more market participants…..Read more>>